A Global Health Star Under Fire

The leader of a global campaign to prevent tuberculosis has been accused of bullying and harassing employees, and creating a poisonous work …

The leader of a global campaign to prevent tuberculosis has been accused of bullying and harassing employees, and creating a poisonous work environment especially for people of color, according to interviews with current and former staff members and internal documents obtained by The New York Times.

Since 2011, at least seven employees have filed formal complaints against Dr. Lucica Ditiu, executive director of Stop TB, a global partnership of 1,700 groups focused on preventing tuberculosis, The Times has found. The documents describe a leader who insulted and screamed obscenities at employees; made racially and sexually inappropriate jokes and comments; and threatened punitive action against anyone who complained about her behavior.

Stop TB is focused on preventing more than a million deaths from tuberculosis each year, primarily in Africa and Asia. With an annual operating budget of $100 million, provided by donors like the United States Agency for International Development and the World Bank, the partnership is the leading organization in the fight against tuberculosis, still the world’s largest infectious disease killer.

The accusations of misconduct against Dr. Ditiu threaten to paralyze the partnership and upend the worldwide campaign to control TB at a perilous moment. Many experts fear that progress against the disease has stalled as lockdowns to stop the coronavirus have interrupted care and deliveries of medicines for tuberculosis patients in Africa and Asia.

Dr. Ditiu, a public health expert from Romania, has led Stop TB’s staff of roughly 80 people since 2011. The partnership is hosted by the United Nations Office for Project Services, an arm of the U.N. But Stop TB answers primarily to its board.

Under her leadership, the workplace environment deteriorated to a remarkable extent, documents and interviews show. Stop TB set out to promote an event in Mexico with an image of Speedy Gonzales, the main character of a cartoon series long criticized for offensive stereotypes of Mexicans, according to internal emails obtained by The Times. A manager circulated an email with a picture of his son in blackface, “picking cotton and being a slave.”

The documents allege that at a recent staff birthday gathering, Dr. Ditiu boasted that she had slipped a racial and sexual slur into her speech at a global health conference, on a dare from other public health officials. In May, on a video call, Dr. Ditiu suggested that the staff take “sex classes” during the lockdown, according to a complaint by one participant.

Dr. Ditiu did not respond to requests for comment.

UNOPS and the World Health Organization, also an agency of the United Nations — and which oversaw Stop TB until 2014 — have investigated multiple complaints against Dr. Ditiu, but she does not seem to have been disciplined beyond having to enroll in classes and work with a behavioral coach.

The partnership departed the W.H.O. six years ago, and officials declined to comment on relations with Stop TB during its tenure.

UNOPS’s own investigation “did not identify wrongdoing or misconduct to the level requiring termination,” according to a spokesman.

But in June the organization was “informed of further details of historic incidents within the StopTB partnership which do not demonstrate the values of integrity, inclusion, respect and tolerance that are non-negotiable at UNOPS.”

“Events in this case fell short of our commitment to a respectful, inclusive working environment,” UNOPS said in a statement to The Times.

Stop TB’s own board launched a new investigation in July after additional allegations of misconduct, according to Joanne Carter, the board’s vice chair. “Any racism or toxicity in the workplace is unacceptable, and we are absolutely committed to ensuring a safe and equitable work environment,” Dr. Carter said.

USAID, Stop TB’s biggest donor, did not comment on the allegations, but said in a statement that it expects all of its partners to “ensure a safe and ethical work environment in which each person is respected and valued.”

Some global health experts were dismayed to hear of the complaints against Dr. Ditiu. “If she’s done these things, it’s hard to see how she can remain in a leadership position,” said Helen Jenkins, a TB expert at Boston University.

But some researchers said losing Dr. Ditiu would be a blow to the global effort against TB because she was instrumental in modernizing the approach to prevention and treatment, and in persuading governments to fund programs.

“It’s completely heartbreaking because, you know, she broke the mold of that ossified leadership that we’ve seen in TB for so many decades,” said Gregg Gonsalves, a global health expert at Yale University.

Dr. Salmaan Keshavjee, a global health expert at Harvard University, said he had heard Dr. Ditiu “publicly make jokes that I wouldn’t make,” but described her as someone who shook up the stodgy TB world and made it more inclusive of smaller organizations from resource-poor countries. 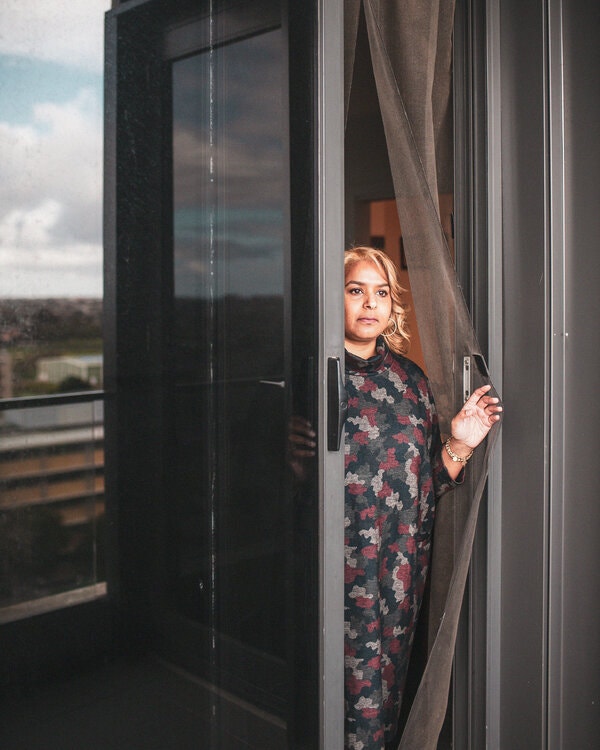 Dr. Mario Raviglione, former director of the Global TB Program at the W.H.O., was Dr. Ditiu’s administrative supervisor from 2011 to 2014. In practice, he said in an interview, he had no authority over her.

He said he knew of at least three people during that time, and had heard of as many as a dozen, who had complained about Dr. Ditiu’s offensive language and behavior, which prompted the W.H.O.’s internal investigation.

Dr. Raviglione stayed on the Stop TB board after the split, but stepped down in November 2017.

UNOPS has hosted Stop TB since 2015, but cannot terminate Dr. Ditiu without the agreement of the board. But board members are too close to Dr. Ditiu to discipline her, Dr. Raviglione and others told The Times.

The W.H.O.’s report on Dr. Ditiu’s conduct, for example, was shared with the board, but “it disappeared, as far as I know,” Dr. Raviglione said. “This board did not have a mechanism at all for evaluation of the executive director.”

Current and former employees and consultants who spoke to The Times or provided information asked to remain anonymous, saying they were afraid of repercussions for their careers.

People consulting with U.N.-linked organizations often have contracts that can be canceled with a month’s notice, so they remain silent even when mistreated, said one former employee of Stop TB.

Colleen Daniels joined Stop TB in early 2015 as a human rights adviser. In August of that year, her supervisor, Jacob Creswell, sent an email to the staff with photographs of his son in blackface, along with adults with faces painted red and dressed in Native American garb. One photograph includes a Confederate flag at full mast and a noose.

The boy was “in blackface picking cotton and being a slave at the local spectac at his farm camp. He was very excited,” Dr. Creswell wrote in the email, which was obtained by The Times.

When Ms. Daniels, a Black woman from South Africa, complained that the photographs were racist, Dr. Creswell replied, “Yes — that is why I was shocked to see my kids in that — would never happen in the US,” according to an email he shared with The Times.

Dr. Creswell, who told The Times that his wife is a woman of color, said he apologized in person for sending the photographs. Ms. Daniels said he did not and that his response amounted to hasty backtracking.

Shortly after the incident, according to Ms. Daniels, Dr. Ditiu and Dr. Creswell began excluding her from important meetings and trips.

“Eventually, it just got so bad,” said Ms. Daniels, who added that “white people on the team stopped talking to me.”

Dr. Ditiu agreed to change the image only after Erika Arthun, a deputy director at the Gates Foundation and a member of Stop TB’s executive committee, warned in an email that “the Mexican stereotype of Speedy Gonzalez for a conference in Mexico wasn’t well received.”

Ms. Arthun did not respond to a request for comment.

“Stop TB is supposed to speak on behalf of the most vulnerable and marginalized in the world, and the majority of them are Black and brown people,” Ms. Daniels said. “How can Stop TB ensure that brown and Black people are getting their voices heard if they’re marginalized in the organization?”

In February 2017, two Stop TB employees — a white man and a woman of color — complained to UNOPS that Dr. Ditiu had bullied them and created “an atmosphere of fear and anxiety” in the office.

Dr. Ditiu screamed expletives on the phone during the staff Christmas party, “and then scolded me because I had been unreachable by phone for 15 minutes whilst my phone was charging,” the man wrote in a complaint to UNOPS obtained by the Times.

Dr. Ditiu also told them that mistakes would result in “throats being slit,” and later said she had been joking, according to the complaint.

Both complainants declined requests for interviews. But in emails to UNOPS obtained by The Times, they also described episodes of retaliation, alleging that Dr. Ditiu held back their promotions and hinted to them and other employees that they would never be hired by any public health organization if they spoke out against her.

The emails indicate that Dr. Ditiu’s deputy, Dr. Suvanand Sahu, approached employees and offered them promotions in exchange for keeping quiet about the allegations. These accounts were confirmed to The Times by several current and former employees, and supported by internal emails and text messages between employees.

Dr. Sahu did not respond to requests for comment.

UNOPS launched an eight-month investigation into the allegations against Dr. Ditiu. In an email from April 2017 obtained by The Times, a UNOPS representative told the employees there was “a prima facie case” that their complaint had led to retaliation from Dr. Ditiu, particularly the withdrawal of promotions that had previously been promised to them.

In August 2017, Dr. Ditiu said in a meeting attended by 40 people that UNOPS was making her take classes to learn appropriate workplace language. According to people present at this meeting, she also said employees would find out soon whether they would be able to keep their jobs the next year — statements that some interpreted as a threat of retaliation.

Two months later, Dr. Ditiu was placed on probation for a period of 12 months and asked to meet with a behavioral coach once a month. She read aloud a scripted apology to the staff, and said she would step away from managerial duties.

But the board’s executive committee received an anonymous letter in November 2017 describing Dr. Ditiu’s continuing “abusive behavior” and saying that despite the probation, she was “bolder than ever.” (Some people suspected Ms. Daniels was the sender, but she denied it.)

In an email from January 2018 obtained by The Times, a UNOPS official told the employees who had complained about Dr. Ditiu that she had “admitted misconduct, and is in the process of improving the situation” so they should “start afresh” and “put some positive energy” into their relationships.

Ms. Daniels left StopTB in December 2017. In a letter to the board in June, she said she could no longer remain silent about the racism and bullying she had experienced. “I hope that your silence when you found about the bullying in 2017, won’t continue in 2020,” she wrote.

Findings from the board’s independent investigation are expected by the end of September.

The investigation comes at a delicate time for Stop TB. UNOPS has said that it does not share in the partnership’s “direction” and will no longer serve as its host, effective June 2021.